The impact and opportunity created by Covid in education

As you know that entire globe is victimized by Covid-19, a pandemic that pushes human lives in crisis. It seems that there is a struggle between natural law, the life cycle of human beings and the Corona Virus. Medical Scientists are struggling to introduce vaccines but they are in trial. It has not yet been finalized. The pandemic of Covid-19 has imposed a huge historical crisis in educational sector. Almost 1.6 billion students from around 190 countries are badly affected. At the earlier phase of Covid-19, approximately 94 to 99% of the total students from the countries of middle or lower middle class countries from the perspective of development are heavily affected. In this very context, we feel proud to organize this historical program from the country of snow capped Himalaya and Gautam Buddha and draw your attention to have the burning discussion on the situation of global education.

The researches carried out by UNESCO, UNICEF, ADB and other financial institutions have clearly indicated that most of the countries of the world have followed the various modes of distance education like Television, Radio, F.M. and Paper based learning etc. But the students studying at Pre-Primary level are heavily affected.

In Nepalese Context, data shows that students studying from Pre-Primary level upto higher, education level around 87 lakhs are affected. Except the students studying at private boarding schools, the students in government or public schools s in government or public schools have 12.41% access of computer, 12.67% access in internet and 34.37% access in electricity according to the flash report 2074 B.S. Even, in India our neighboring country, data shows that only 12.5% students have access in smart phones.

As per the data prepared by ILO, approximately 305 million full time employees have lost their jobs. The data clearly shows that nearly 500,000 have public educators and 176,000 professors have lost their jobs in the advanced country like USA. In Nepalese Context, the teachers working in private boarding schools have lost their jobs in the ratio of three out of five. Moreover, there is a grave problem of either low pay, no pay or joblessness. The issue is highly sensitive in the case of teachers, teaching at public schools who get their payment from private sources. Similar is the case with the teachers working at public schools who are known as ECD teachers having their salary 6000 NRs and non-teaching staff whose salary is around 4000 to 11,500 NRs. Covid pandemic appears as a big blow to a poverty-stricken area of the country. It has created a big gap between rural areas and urban areas. There seems a sensitive query regarding the issue of having access in education.

It seems that there is a heavy impact of Neo liberal economy in education sector, most probably in the developing and least developed countries. In these countries, there is a provision in the constitution that right to educate as a fundamental right but it hasn’t been translated into action. We are well familiar as a conscious citizen that the form of colonization and mafiaization with its multi-dimensional interference has been marching ahead. It seems as if the norms of ILO convention and Universal Human Right Declaration are almost violated. It is because of educational discrimination SDG4 (Sustainable Development Goal 4) is not going to be achieved. Along with the challenges created by Covid-19 the issues of the labour/ workers, social security fund and stability have been weakened. The world has rapidly transformed due to the qualitative changes in the tools of labour. Qualitative changes have been brought in the educational sector due to digital era. Its due to the application of Artificial Intelligence (AI) in educational Intelligence (AI) in education sector there is a high possibility of the deduction of human resources working in this sector. It has sources working in this sector. It has been seen and realized that the Trade Unions working in the sector of e Unions working in the sector of education have been passivized and lack support and advocacy for millions of teachers working at various public and private schools who either have become jobless or in the position of not paid or less paid.

In the newer context of the entire globe, a great and grave discussion has been initiated regarding whether there requires radical changes in merely educational sector or in the holistic national system? As a revolutionary organization. UANTO has been raising the issue of sociology-politico-educational and professional transformations and has been highlighting the issue of qualitative changes in education sector and the rights and duties of a teacher with a new vein at the global level. Simultaneously, UANTO has conducted this program in order to have the attention of the scholars, intellectuals and Trade Unions from different nooks and corners of the world and display its solidarity with the socialist educational Trade Unionists and revolutionary Trade Unionists of the world. Last but not least it is because of your valuable or precious presence, the glow of our program has been increased. I expect your meaningful and logical participation till the end of the program and let me allow to chair the program. Thank You very much. 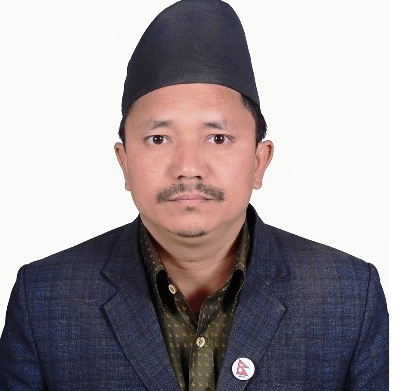 The impact and opportunity created by Covid in education