Once upon a time there was a big kingdom. In that kingdom there was a poor family.  Aakansha, a cute girl was one of the members of the family.  Her father was a tailor. He used to stitch the clothes for his earning. Her friends were from rich family. They used to mock at her by saying “You are from poor family.” So she used to feel sad but never showed her sadness at her home. She always kept herself as a charming girl. In home everyone loved her very much.

Time passed but she had to spend her life in difficulty. She could not share her bitter experience of school with her parents. She always tried her best to keep her parents happy. One day soldiers in their carriage came and informed all the children to participate in Prasiddha’s , the prince of their kingdom,  birthday ceremony the day after tomorrow. At the moment, she was with her friends.  All friends said in one voice, “We will go there with our birthday costumes.” But she did not have any costume, she remained mute.

While seeing her silent, they again teased her and said, “You won’t be there.”  She felt very sad and ran away to her father and said, “I want to participate in prince’s birthday. I need a birthday costume.”  Her father was wordless and could not see at her face too. He could not manage money to buy the costume.

She was desperate. Being unhappy but remembering the birds and animals that used to play with her, she went to the jungle.  As soon as she reached to the forest, a sound from a tree said, “Dear little girl Aakansha, you want to go to the party, don’t you?” She said, “Yes I want to go to the party but my parents could not afford the birthday costume.” “Yes, I know your problem,” said the sound. The invisible sound again said, “Listen to me and go with birds and peacock. They will give you quill and I know that also your father sew clothes and make a beautiful dress different to others.”

Then she asked all the birds to give her their quills they had. Every bird gave her quills. Even the peacock approached in the last and advised her to take as many quills as she needed. She collected various types of feather from different birds with different shape and size as well as colours. She went to her home and asked her father to sew them together and make a beautiful dress.

After having supper she went to sleep. And tomorrow morning she got up and looked around. Her eyes dazzled when she saw a beautiful frock that she had never seen before. She tried it and looked very beautiful in it. And evening came she was ready for party. In the evening she went to the birthday party. Everyone shocked to see her in that dress. When Akansha entered, everyone’s eyes were in her frock. She looked as if she was going to fly. Even the prince asked to his mother who she was. Then, he said to Aakansha , “ Can we become friends ?”

It was time to light the candle and cut the birthday cake.  Then the prince asked her to help him cut the cake. Her eyes filled with tears and chanted, “Happy birthday to you, Prasiddha, the prince of our kingdom. May god bless you! “Everyone enjoyed the birthday celebration.

It was different to other celebrations.  All the friends who used to mock at her felt insulted. The prince made her his best friend. Since then they used to meet and share their happiness. Her friends realized that feeling proud of having beautiful dress bought by their parents may not have long-lasting and but the feeling they have can be vivid till the end of life. All of them retuned their homes after the celebration had been over.

As soon as Aakansha reached her home, she hugged her father and thanked him very much. Her parents were proud of having such good daughter who always worried to keep her parents happy. Next morning her friends who used to tease her went to her and said, “Please forgive us for the misbehavior that we did for you.”

“Don’t mention it.” She replied.

All of them became intimate friends and lived happily ever after. 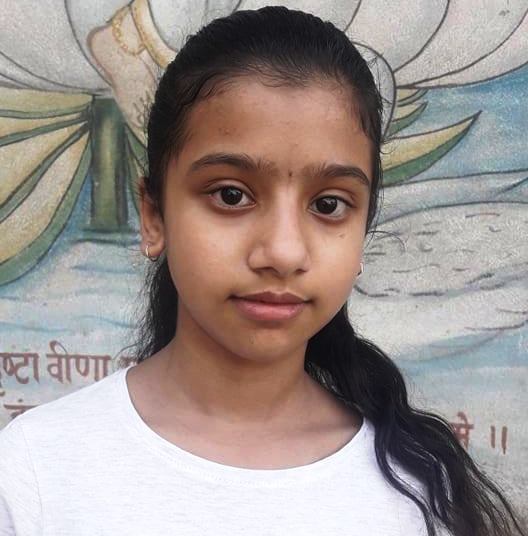